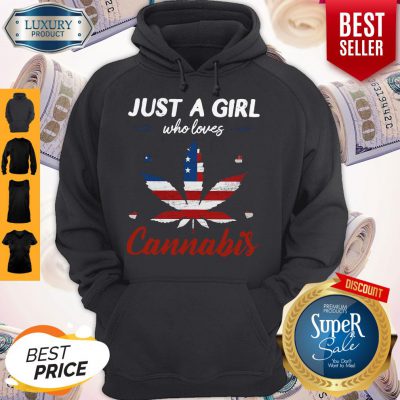 A valid point stated in an “In Your Face!” manner makes it less valid making the argument about appearance instead of the subject at hand. I worked with Oklahoman’s For Health on the first go-round. And this was a problem that I brought up repeatedly to the board. There’s a lot of Joe Conservative’s out there. That support this who would not go near their Just A Girl Who Loves Weed American Flag Cannabis Shirt. It’s gotten better since we’ve had to do this so many times. You get a C- for not working and playing well with others. I posted this before. During a previous petition drive, I signed the petition presented by two long hairs. Who sounded like Beevis and Butthead under a huge pot flag and almost felt embarrassed to be seen there.

I can see how this might need to be said, but there are plenty of smokers I know, myself included, who have a clean appearance. In public just based on the way I look and dress, no one ever assumes I smoke, yet I do every day. But yes, in a protest like setting, replacing the stars on the Just A Girl Who Loves Weed American Flag Cannabis Shirt. As shit as things seemingly is right now that’s simply disrespectful. Surely you’ve seen them waving signs and handing out flyers. A little more professionalism to their attire wouldn’t hurt the public image. Those people have been putting in the work for years. I’m proud of them. I’m not asking them to change anything. YOU’RE not. But you’re not who they are trying to win over in this vote.

The whole “This is who I am.” message doesn’t work on those that go against your cause, it just makes them more unfavorable to it. I goddamn love wearing my fleece PJ pants, but I’ve got to wear a suit and tie to work if I want that paycheck. I’d rather them not change and lose. People asking protesters and activists to change how they look don’t deserve to reap the Just A Girl Who Loves Weed American Flag Cannabis Shirt. Yeah, because every fucking time weed legalization is brought up, stupid asses come out of the woodwork with Doritos dust all over their marijuana leaf shirt with a stupid Jim Breuer look on their faces chanting “LEGALIZE IT LEGALIZE IT”. And the a-typical right-wing Christian fundie Oklahoman looks at that and says “no thanks”.

Other Products: I’m Not The Step Dad I’m Just The Dad That Stepped Up Shirt