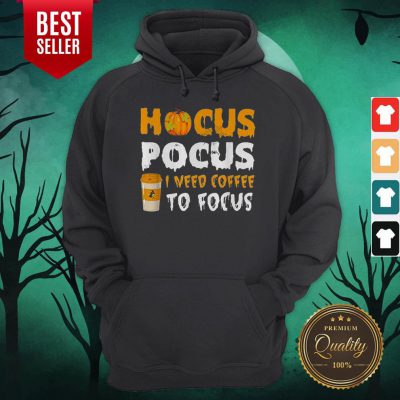 Can only speak for my Hot Hocus Pocus I Need Coffee To Focus Halloween Shirt. But here in the Netherlands, we’re seeing gains for moderate right and moderate Christian conservative. Considered a centrist party here, Christian conservative isn’t the hardliners you see in the US. Slight losses on the right nationalist and anti-Islam party, but also on the moderate left (traditional labor) party – who went woke and got a “loan” from the Dutch electorate. Warms my heart really to see that lunacy not taking root here…but trending slightly to the right I’d say thanks to the migrant crisis and its lack of handling of it. Basically, the current trend in the Netherlands is moderate center-right, away from polarization.

But it is homophobic. It’s never the case that everybody in a country shares the Hot Hocus Pocus I Need Coffee To Focus Halloween Shirt. But when public media and the government do anti-minority hate campaigns then yes – it’s a homophobic shithole by definition. What more would you want? Death camps? That comes later when dehumanization is already successful. Well, just speaking in technicalities, even people that witnessed historical events can have a clear bias when it comes to current-day political activism. Kitty Werthmann e.g. lived in Nazi-occupied Austria as a teen and frequently uses that clout to push conservative/far-right talking points (usually based on the bullshit idea that the Nazis were actually socialists).